Yaesu FT101:
I seriously started HAM radio in the mid 90’s my first HF TRX was a Yaesu FT101 which I bought from a local HAM.
In comparison to the 11m equipment this was a huge improvement. One disadvantage about the FT101, it only had HF. In that period I was also interested in 2m and 6m  operations.

Icom IC706MK II:
So the FT101 went for sale and my next purchase was a Icom 706MK II which I still own.This little radio was fun to have.
In those day’s I had a 3 element beam for 10m and a 16 element beam for 2m for the lower bands I use a Windom (OCF) antenna. This antenna is still in use.
The 3 and 16 element beams are not present any more they both got destructed by nature.. 🙁

Kenwood TS850sAT:
From the year 2000 I came more and more involved with contesting and DX’g, Together with some HAM friends we founded PA6Z  (Contest & DX club). So for HF a better (different) radio was needed.
The best and affordable TRX for me those day’s was a used Kenwood TS850sAT. I enjoyed the TS850sAT for almost four years.

Yaesu FT1000mp Mark V:
Due to mine (our) contest activities a TRX with a second RX became more and more important, so in 2004 I bought a used but in new state Yaesu FT1000 Mark V, I loaded the rig with all available X-tall filters. Even the Inrad roofing filter was installed.
With all the extra filters and the second RX the FT1000 MK V was a nice rig and good performer under contest conditions.

Heathkit SB220:
In the meanwhile I refurbished a Heathkit SB220 and use her frequently. For more details read my input under projects.

Yaesu FT2000:
Half 2006 I became the possibility to trade the FT1000 MK V for a Yaesu FT2000… Because I had the naive thought that newer rigs would be better than de older ones. But this was the biggest mishap ever. From day one I hated the FT2K, this lasted until 2009 where Yaesu finally launched the FT2K PEP firm and software update. From that moment the FT2K became  a use able rig but still your worse nightmare  under heavy duty conditions like contest and DX expeditions. The rig could not stand strong nearby signals. The mixers could not stand the strong signals and the DSP IF was completely saturated by them.
The FT2K RX could be improved significantly by replacing the 3KHz roofing filter. Fortunately I came in contact with Jeff Blain, AC0C He could provide the FT2K community with special designed and  made 69MHz 2.8KHz roofing filters. In October 2010 just one day before the CQWW SSB I received my order for the NS roofing filter… I installed the filter and the FT2K RX had improved dramatically.
The CQWW contest was the first real world test… the outcome it still wasn’t what I hoped for.
I placed the rig on the second-hand marked in the hope to sell the FT2K for a decent price. After one year trying I could sell the rig.

Icom IC781:
My dream was the own a IC781 once in my life, so it happened in December 2012, I found my IC781 in Germany, it had a spot… 🙁  The switched PWS was smoked and needed to be serviced, it took me a week to make the repairs. I have used the original Icom parts. I have modified the PWS box with an additional fan in order to control the temperature in this box. This is one of the biggest design flaw on the Ic781.
The rig have preformed excellent and is working FB, from December until March 2013 I have made over 1500 QSO’s and she is still going strong.
So I’m back at the analogue stuff 25 year redraw in technology but best choice since a long time.
I receive excellent audio reports while using a electret capsule fitted in a boom headset. No more RF feedback which I suffer with the FT2K. on many occasions. The antenna is still the Windom. 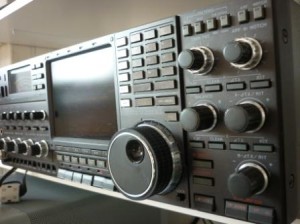 Elecraft K3:
Since end September 2013 I own a kit build K3. it took me four evenings to assemble the K3. It is a 100W version, have the sub RX, ATU, KIO3 interface board… couple of Xtal filters.
The main reason for me to change over from the Icom 781 (what is a very nice radio) to the K3..
– The enormous weight (almost 30Kg).
– The manual notch.
– The lag of 50MHz, (6 meters)
I had more interest for portable use of my radio, but the new rig should have a second RX, 100w and withstand strong signals during contesting.
Regarding my demands there was not much to choose… the Elekraft was the option.
Building the K3 is a large part of the fun. I have the K3 in use and I’m more than happy with it. It preforms as described and suits my demands. 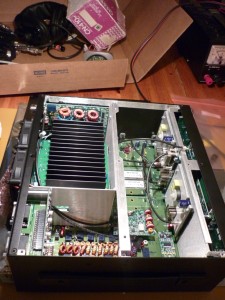 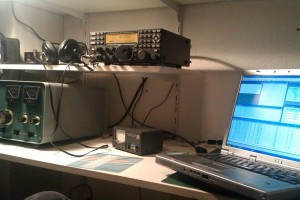 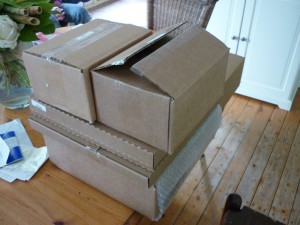 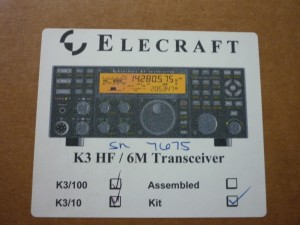 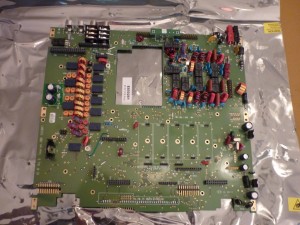 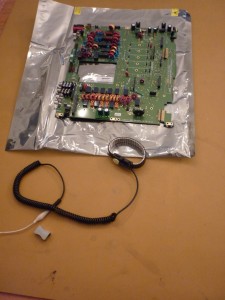 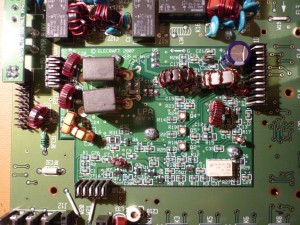 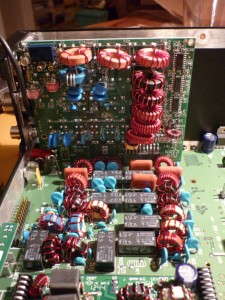 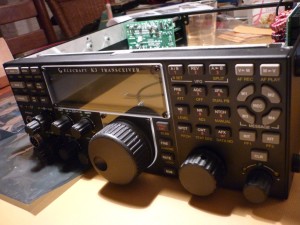 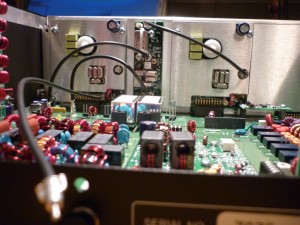 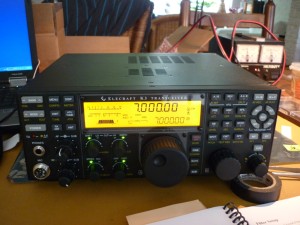